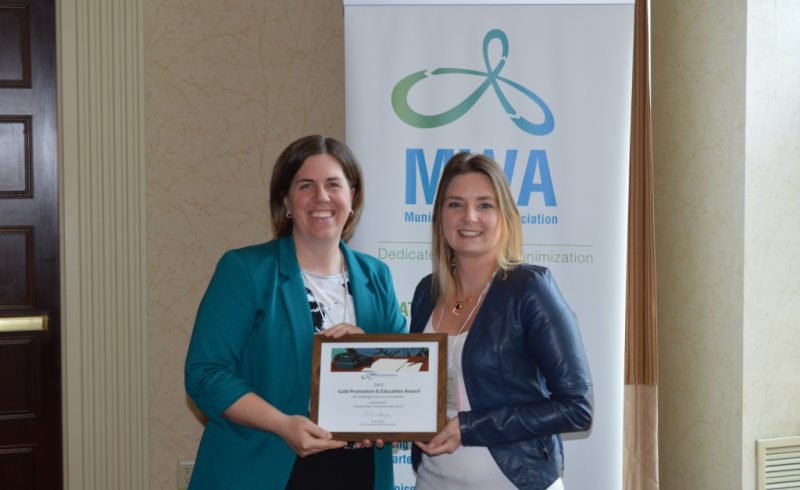 Laurentian Valley, ON (June 20th, 2017) – Once again, the Ottawa Valley Waste Recovery Centre’s promotion and education program was recognized for excellence by the Municipal Waste Association (MWA).  The annual MWA Promotion & Education Awards were presented in May at the MWA Spring Workshop held in Hunstville.

The awards recognize excellence in municipal promotional and educational materials that help contribute to an increase in both waste diversion and residents’ participation in diversion programs.   Entries are reviewed by a panel of expert judges and scored based on planning and implementation, effectiveness, originality and creativity.

“Promotion and education of our local waste management programs is important so residents understand how to participate.” Comments Sue McCrae, OVWRC General Manager.  “These awards allow Municipalities across Ontario to share successes and educate ourselves about the best way to reach the community with our messaging.”

The Waste Recovery Centre was recognized in the Campaign category (for Municipalities with less than 39,999 households) for their 2016 Sorting It Out Christmas Campaign which included radio and newspaper advertising, social media posts and a video produced in-house by OVWRC staff.  The focus of the campaign was proper sorting of waste typically generated during the holiday season as well as waste reduction messaging encouraging alternatives to over-packaged goods and toys.

OVWRC regularly audits incoming recycling and audits taken in October compared to January showed an average of 13% reduction in non-recyclable material; suggesting that the advertising reached the community and encouraged better choices when it came to sorting waste and recycling.  Judges noted the success of the campaign in reaching residents during a time of year when the market is saturated with messaging.

One of the unique aspects the campaign was recognized for was radio ads that utilized a mother/daughter conversation to relay a consistent message about waste reduction and proper sorting.

Elizabeth Graham, Communications Officer at the Waste Recovery Centre developed and recorded the ads with her daughter.  “The challenge with advertising is coming up with a message that is unique and finding a way to deliver that message to your audience in a memorable way.  We know our radio ads assisted in this and it’s a method of advertising we will continue to use this year.”

The Municipal Waste Association is an incorporated not-for-profit organization formed in 1987 by Ontario municipal waste management professionals to facilitate the sharing of municipal waste reduction and recycling information and expertise. 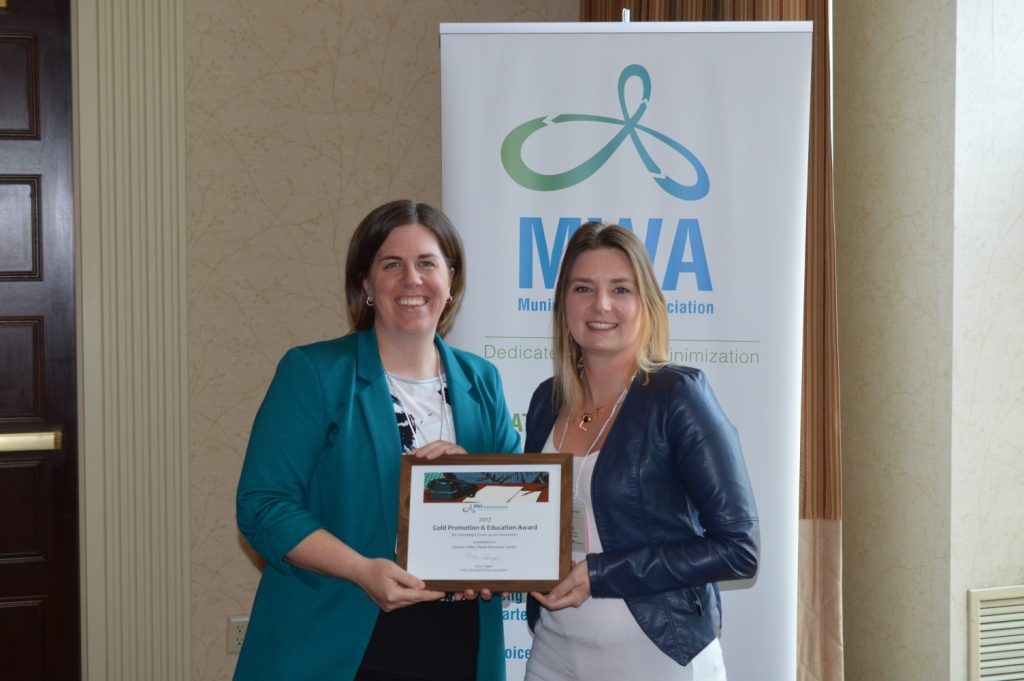 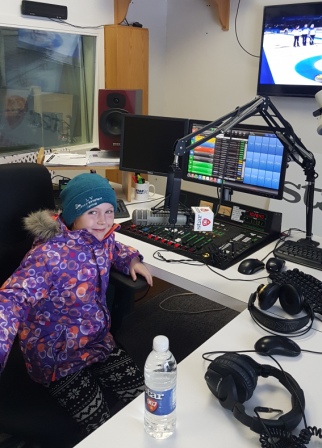 Emma Graham, during her recording session at local radio station Star 96.7.  Emma’s recorded ads were used in a campaign by Ottawa Valley Waste Recovery Centre in which they were awarded Gold at the Municipal Waste Association’s Promotion & Education Awards ceremony in May.