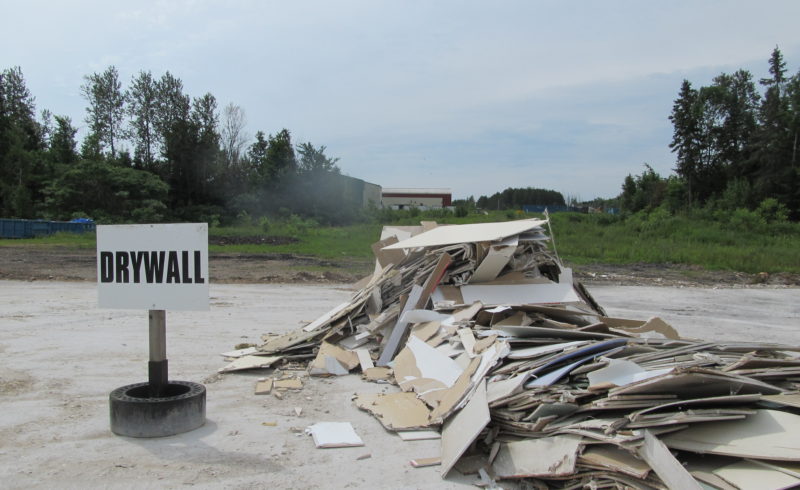 In 2012, the Ottawa Valley Waste Recovery Centre began a pilot program to assess the feasibility of sorting mixed construction and demolition (C & D) waste on site that contained small quantities of landfill waste.  Since the pilot project began, on average, 330 tonnes of material has been diverted from landfill each year.  While the quantity of material that was diverted through the program was relatively small, the pilot was successful in demonstrating that there is value in separating C & D waste from landfill material.

During recent budget discussions it was determined that, at this time, it would be challenging for the Centre to sustain this program without additional staffing and equipment in order to better manage on going health and safety concerns related to hand sorting of the mixed C & D material.

The Waste Recovery Centre encourages customers to source separate wood waste, shingles and unpainted drywall from their landfill waste to reduce their disposal costs. Separated C & D material will continue to be received in the C & D area at a tipping fee rate of $75 per tonne.  Loads tipped at the landfill that contain significant amounts of recyclable, compostable, construction and demolition material, hazardous or electronic waste and/or tires will be charged the Contaminated Load rate of $225 per tonne.